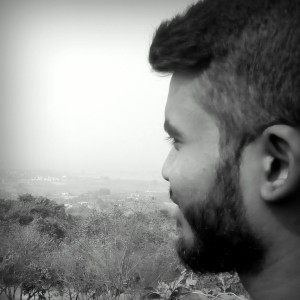 Chassis Stiffness or Torsional rigidity means the calculated or measured stiffness of the structure alone. While the installed Stiffness is stiffness measured at the hub faces. Torsion stiffness is an important characteristic in chassis design with an impact on the ride and comfort as well as the performance of the vehicle. If your chassis is too soft your car won’t handle. If parts of your chassis can twist or move under hard cornering or braking, your suspension geometry will become far from optimal, which in turn means your tyres will be either facing the wrong direction, at the wrong angle or both, screwing up your handling and braking grip.
In soft and floppy chassis, the twisting force of the engine and transmission when accelerating hard can not only twist the chassis and make your suspension geometry completely wrong, but it can actually twist so much it can rip the differential and even engine mounts cleanly off the chassis in some extreme cases. With this in mind, the goal of design is to increase the torsion stiffness without significantly increasing the weight of the chassis.

To determine chassis stiffness there are several methods :

Determining torsion stiffness based only on the geometry of the chassis can be difficult for a vehicle given the complex geometries that are commonly found. However by expanding on the principles of solid mechanics and making some simplifications a method can be developed to give an approximate value for the chassis. If the applied torque (T) is related to the angle of twist of a chassis (f) through the following equation

The experimental method to determine torsion stiffness is similar to the simulation method described above. In this method linear jack-screw actuators are used to apply vertical deflections at the front suspension mounting locations in gradual increments. The rear mounting locations are held fixed and load cells are placed at each location under each jack stands in order to determine the force applied. Dial indicators are used to measure the deflections at various points along the chassis. The torsion stiffness is found from the following equations:

In the above equation the torque, T, is based on the reaction forces (Rr and Rl) for the right and left sides respectively, as well as the lateral distance between scales. The angular deflection is again  based on the vertical deflections at the right and left wheels respectively (Xl and Xr) which are found from the measurements on the jack screw actuators. The torsion stiffness, K is based on the torque and angular deflection and is found at several increments of the jack screw actuators. An average value representing the actual torsion stiffness is then found using a least squares regression.

It is assumed that the torsion stiffness described above follows a linear curve where the stiffness can be accurately determined as the slope of a function involving the torque and the angle of twist. This assumption is based on the fact that the angle of twist is related to the torque through geometric and material properties only as shown in Equation (1). As can be seen in this equation, if the material and geometric properties are constant then the torsion stiffness will be constant as well. This is analogous to that of a linear spring with a linear spring rate.

Let’s demystify the myth around Ground Effect. The 1970s and early 1980s witnessed development in racing technology at a furious pace. Racecar engineers and designers knew that working with airflow around the car can generate

Being a motorsport enthusiast as an engineer I was always fascinated with F1 cars or for that matter even Germany’s DTM and Japan’s Super GT cars. Apart from all being insanely fast, aerodynamics is a